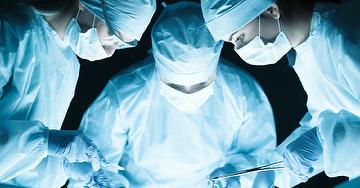 The Discovery Channel will present a new series of documentaries that will showcase Taiwan's achievements in innovative medical techniques and medical assistance to less developed countries.

The two-episode program "Taiwan Revealed: Medical Elite," was made in cooperation with Taiwan's Ministry of Foreign Affairs premiered in Taiwan on July 20. The program will also be aired in more than 30 countries across the Asia-Pacific region, Discovery said.

The program follows outstanding Taiwanese surgeons in operating rooms and in remote areas in Cambodia and Africa, as they help people in need, the channel said. Focused on Taiwan's innovative medical technologies, the first episode told the stories of Taiwanese doctors Lo Lun-jou and Chen Hung-chi.

In the documentary, Lo led a team to Cambodia to perform cleft lip and palate reconstructive surgeries, while Chen used a pioneer technique for vocal cord reconstruction to help cancer patients regain their voices.

The one-hour episode also featured innovations by Taiwanese doctors. These included a pair of surgical glasses that allowed X-ray vision; a wearable exoskeleton suit to help patients with spinal cord injuries to walk again; and a cure for Pompe disease, a rare genetic disorder that was considered incurable, the channel said.

The second and final episode, which aired in Taiwan on July 27, focused on other Taiwanese doctors, including Lien Jih-ching, who is recognized for his contribution to getting rid of malaria in Sao Tome and Principe in West Africa.

Other doctors featured in that episode included Chang Yu-tai, who led a medical mission to West Africa and brought advanced equipment and methods to help train the local medical personnel, and Chang Mei-hwei, whose innovative screening method for biliary atresia, a life-threatening disease in newborns, were adopted in numerous advanced countries.