Top quality, affordable medical treatments only a flight away 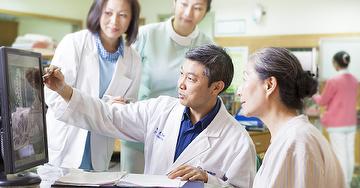 Medical treatments in Taiwan are top quality and highly affordable by U.S. standards. According to Medhalt.com, the cost of a heart bypass surgery or a hip-joint replacement in Taiwan is only 1/5 of identical treatments in the U.S.
Excellent medical facilities, highly qualified doctors.
Several major hospitals in Taiwan have received accreditation from the Joint Commission International (JCI), the global standard for healthcare certification. Many doctors have studied in the United States, and most specialists speak fluent English.
Access to advanced technology at affordable prices.
The hospitals in Taiwan are equipped with state-of-the-art technologies, yet, even after paying their airfare and other expenses, Americans traveling to Taiwan for surgery can expect to save between 40% and 55%. “The island offers the cheapest and best medical facilities of any country in the world,” concluded a report in October 2014 in Britain’s Daily Telegraph, referring to data compiled by HSBC Bank.
All types of treatments are available.
The majority of medical travelers book for checkups. At the Taiwan Adventist Hospital (TAH), there are physical-examination packages priced between US$150 to US$2,000. TAH provides multilingual services, including consultations with specialists and private rooms for admitted patients, to both tourists and resident foreigners.
For liver transplants, the team at the Kaohsiung branch of Chang Gung Memorial Hospital has handled more than 1,500 cases, and achieved world-class 1- and 5-year survival rates of 96% and 91% respectively. The team performed Asia’s first successful liver transplant in 1984. In 1997, they completed the world’s first living donor transplant without blood transfusion.
For kidney transplants, the team at National Taiwan University Hospital (NTUH) completed 1,000 such procedures between 1988 and mid-2013, with slightly more than 1/3 involving live donors. According to the hospital, the 5-year survival rate of its patients is 95.2%. NTUH is also Taiwan’s principal lung transplant center, reporting a 3-year survival rate of 51%. NTUH has long been among the most respected medical institutions in the region. In 1979, NTUH surgeons separated 3-year-old conjoined-twin boys. NTUH was also the site of Asia’s first kidney transplant in 1968.
There is also the Cheng Hsin General Hospital in Taipei, which has a superb track record for heart and kidney transplants, and the Chang Gung Craniofacial Research Center in north Taiwan’s Taoyuan City has repaired more than 30,000 cleft lips and palates since 1981.
Tourist friendly.
Some medical tourists choose the Tzu Chi Hospital in Hualien. It is not only one of Taiwan’s leading medical centers, but is also situated less than an hour’s drive from the breathtaking natural beauty of Taroko Gorge.
Another facility that has positioned itself for medical tourism is Chang Bing Show Chwan Memorial Hospital, located on the west coast in central Taiwan. The ancient temples and beguiling backstreets of the picturesque town of Lukang are just 15 minutes’ drive from this 1,000-bed hospital. Getting to the nearest big city of Taichung to get to the airport, High Speed Rail, or any of the city’s fabulous restaurants seldom takes more than 45 minutes.
Taiwan allows American citizens – along with Australians, Japanese, most Europeans, and many others – to stay for up to 90 days visa-free. Data from hospitals suggest that each year, tens of thousands of travelers visit Taiwan to receive world class medical treatments. They are not only able to save money, but also avoid long waiting times.
For more info about medical treatment in Taiwan, visit:
Ministry of Health and Welfare home: www.mohw.gov.tw/mp-2.html
Info page for medical tourists: www.medicaltravel.org.tw/?l=2
Tourism Bureau home: eng.taiwan.net.tw/
General tourist hotline: 0800-011- 765 (toll free when calling within Taiwan)
Source: Taiwan Business TOPICS
Lillian Lee (lillianlee@taitra.org.tw)